While you are patiently or impatiently waiting for the release of The Price of Love, in the interim, my newest book will soon be available in print and Kindle. In the future, it will be distributed worldwide on other ebook platforms, print, and eventually audio. Currently, copies are available for sale on B&N, iTunes, Diesel, and Smashwords. I'll let you know when Kindle arrives.
Hope you enjoy! You can be assured, it contains a happy ending and more closely follows the traditional historical romance format. 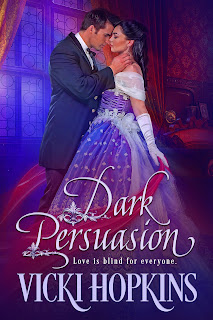 Posted by Vicki Hopkins at 6:38 AM No comments:

Kindle KDP - I'm Not the Norm

This past week, I participated in the Kindle KDP program on Amazon. The Price of Innocence was placed free for five days from May 1-May 5. I did very little promo regarding its availability, and for some odd reason it skyrocketed to number one and remained there for two days until the promotion ended. As a result, The Price of Deception is now in the top 100 best sellers on Amazon, as well as The Price of Innocence, for paid historical romance.
I have since this book was first released in 2009 consistently advertised it as historical fiction, with romantic elements. If you’re looking for traditional feel-good romance, that is not The Legacy Series. If you read the series, proceed with caution. It’s not the normal cookie-cutter story to sweep you off your feet.
I wrote the story with historical accuracy. This was life in 19th century Paris — true to form. On this blog you’ll find a series of posts regarding the background research. My characters face hardship and challenges. The story is filled with reality; and its themes are the price we pay for innocence, deception, and love.
The Price of Innocence has been reviewed by Writer’s Digest, Coffee Time Romance, Nightowl Romance, Mama Kitty Reviews, and others. The book was my debut novel. Though it’s suddenly been shot into the spotlight, it’s by no means unread worldwide already and accepted by many fans who are eagerly following the series.
Once again, be forewarned (if you haven’t already gotten the drift from recent reviews on Amazon), the content may be upsetting. The series is a three-book journey that spans many years. The Price of Love will be released in winter 2012.
Lastly, I want to thank all of my new readers for downloading the book. Whether you love, hate, or average me out, it’s been wonderful meeting you all. I’m not offended if you find the story difficult. Read according to your tastes.
My next release, Dark Persuasion, is far different.


Sincerely,
Vicki
Posted by Vicki Hopkins at 8:11 AM

Email ThisBlogThis!Share to TwitterShare to FacebookShare to Pinterest
Labels: The Legacy Series Books, The Price of Deception, The Price of Innocence, The Price of Love
Newer Posts Older Posts Home
Subscribe to: Posts (Atom)