The Price of Deception Enrolled in KDP 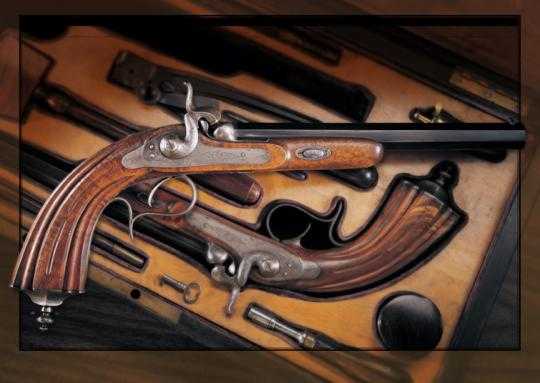 Deception
Adultery
Duels
Lies
Broken Hearts
Revenge
These are just a few of the themes in The Price of Deception.

If you are an Amazon Prime member, now is your time.  I've enrolled the second book in The Legacy Series.  For the next 90 days, you'll be able to download it for free on your Prime Membership.

If you do not have a Prime membership, watch for an upcoming announcement in the next 90 days when it will be given away FREE.

Just as a foretaste, below is the prologue to entice you.

“Gentlemen, you may choose your weapons. Monsieur Moreau, because this duel is your challenge, you will have first choice.”

Philippe studied both pistols and grabbed the gun on the right. Robert reached over and retrieved the gun on the left. Pelletier snapped shut the lid of the box and shoved it under his arm.

Robert’s heart pounded in his ears as he waited for the instructions to stand back-to-back with Philippe Moreau and then pace off, turn, and shoot. For a quick moment, he thought himself quite insane for agreeing to accept the challenge. He had put his life on the line to win his cherished Suzette and the son he loved. The stakes were high. In the next few minutes, he could very well be dead.

He held the pistol in his right hand and looked at the maker’s engraved name on the stock, feeling the weight, and gauging its handling. Made by a French gunnery, it felt somewhat different than the English pistols he had been accustomed to holding. He prayed the use of a foreign weapon would not hamper the accuracy of his aim, even though he was a first-rate shot.

Pelletier announced the conditions to them both in a gruff, loud voice. “Monsieur Moreau has requested that the duel be to first blood, in which case the matter will be settled upon one man being wounded. However, if one man is severely wounded, and that wound leads to death, Monsieur Moreau will receive full and complete satisfaction of the disrespect done to his name.”

Robert knew then his nemesis intended to shoot to kill. His gut turned into a hard knot, as the moments slipped precariously toward battle.

“Gentlemen, please proceed to the clearing, stand back to back, with pistols in hand. I shall count to twenty paces, upon which you will stop upon the number twenty, turn, and fire your weapons. Do you understand my instructions?”

Quickly, Robert glanced over at Giles who stood on the sidelines watching. The man looked pale as the moon, and Robert lifted his lips in a forced smile. He gave him a quick wink for an ounce of reassurance that all would be well.

“One, two, three . . .” Robert moved his booted right foot in front of him and stepped in cadence with the numbers that were spoken. Twenty paces—it seemed like such a long distance, which would indeed make it a more difficult aim. He wondered why Philippe hadn’t chosen a lesser number to do him in at point blank range and be done with it.

“Seven, eight, nine . . .” Robert faced his countdown to eternity. He focused upon Suzette and his beautiful son, who looked so much like him.

“Twelve, thirteen, fourteen, fifteen . . .” In a few more seconds, it would be over. One way or the other.

“Eighteen, nineteen, twenty . . .” Robert turned on his heel, lifted the gun to aim, and heard Philippe’s pistol discharge. He pulled the trigger almost instantaneously in return, and waited for the bullet from Philippe’s pistol to lodge in his heart.
Posted by Vicki Hopkins at 9:22 PM