The Legacy Series - Auditions Coming In

Now that I have two books in production, one under consideration by a voice artist and three open for auditions, I have decided that I am indeed turning into an audio book junkie.

I've received one female audition for The Price of Innocence (using a French accent) and one male audition (using an English accent) for The Price of Deception.  Listening to my books acted out gives me chills.  Now, I understand in part how a writer feels when they get movie deals and their stories come alive on the screen.

Nevertheless, it looks as though I will be able to release the series in audio, but it probably won't come out for approximately 90 days.  It takes roughly 60 days for completion, and I will probably have a good month of auditions before I make offers to talented voice actors.

In the meantime, I've had a great run on sales this month for which I'm extremely grateful.  Finally, Nook sales have increased substantially, as well as on Amazon.  I've made The Price of Innocence free for an indefinite amount of time, which is pushing sales to books two and three.

As far as book four?  There has been an overwhelming response to continue the series. No doubt there will be The Price of Passion to teach Jolene a few lessons on passionate love. However, I'm making no promises as to timing of release so I don't disappoint my audience again with unmet deadlines for release.

Have a wonderful holiday season, and I thank my readers from my heart for your kind support in 2013.  I'm looking forward to releasing more stories and gaining a larger readership in 2014.

All my best,
Vicki
Posted by Vicki Hopkins at 6:42 AM

The Legacy Series on Audio? Hopefully... 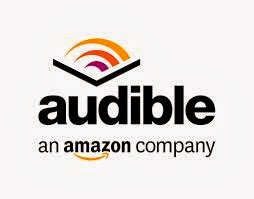 Recently, I was fortunate enough to find two narrators to read and record two of my books - Dark Persuasion and The Phantom of Valletta.  I also have a third book, written under my pen name for contemporary romance, up for auditions and hope to release on audio too.

I've decided to try and get The Legacy Series on audio, as well, and have posted the books for auditions.  I'm not promising it will happen, but rather hoping, that I can find two good narrators (female and male) to help get these three books recorded.  Because of the expense, I'll probably chose a royalty share arrangement.  They would be for sale exclusively through Amazon and iTunes.

Wish me luck!  I can't imagine how wonderful hearing my books read and acted out with all the characters will sound.

All my best,
Vicki
Posted by Vicki Hopkins at 8:08 PM