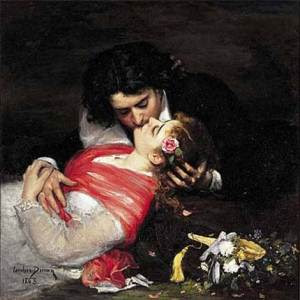 The Price of Deception has been an interesting journey to pen. It is filled with raw emotion, moral choices, devastated spouses, and conflicted characters. I frankly couldn't write the story any other way, because when people love, emotions are high and hearts are vulnerable.

The moral choices in 1886 were much different than they are in the 21st century. Moral compasses pointed in various directions due one's place in society, education, and religious background. In the 19th century, poor moral choices carried dire consequences, such as sexual disease. Divorce was nearly impossible (except for adultery), the reason to marry wasn't always for love, happiness in matrimony wasn't easily attainable, and childbirth was risky.

Different values and thought processes motivated men and women. Religion weaved itself into the psyche of society more than it does today in both the Protestant and Catholic beliefs. Confrontations were face to face, and breakups didn't happen through text messages or email. Emotions from the heart were expressed verbally, violent tears were shed, hearts were crushed, and prices were paid as a result of one's actions and choices in life.

A few weeks ago, I watched a TV series on NetFlix entitled The Brammel Series about a woman doctor in the Victorian era. This line was spoken in one of the episodes: "None of us chooses who we lose our heart to."

You'll discover that Suzette and Robert possess a desperate love in The Price of Deception. It will be a love that will cost them both a hefty price, all because they have lost their hearts to one another. You will also discover that Jacquelyn and Philippe have lost their hearts to those they loved through infidelity and betrayal. In the end, will you think it was worth the price for all involved?

You'll just have to wait for The Price of Love, book three, to find out!

At the present time, I'm still in heavy editing. My book is still out to a few beta readers waiting for comments. At the moment, I am hoping and shooting for a November 2011 release. I don't wish to rush it, though I know some are waiting anxiously to find out what happens. You'll just have to be patient.
Posted by Vicki Hopkins at 8:40 AM